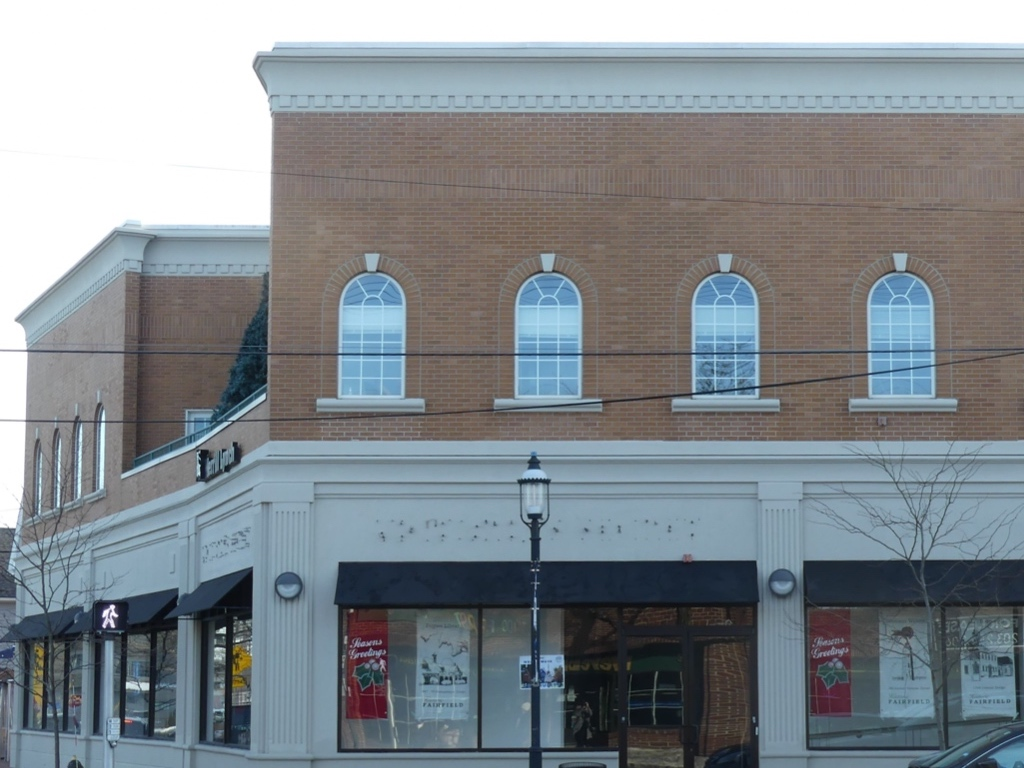 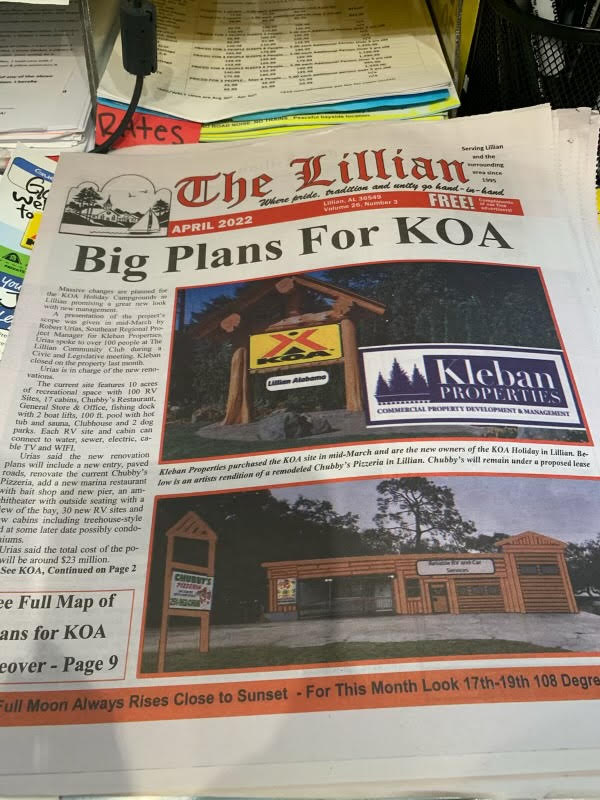 We could not be excited to add the Gulf Shores/Pensacola West KOA Campground to our partners! 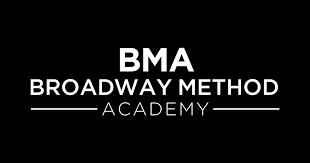 Check out this article in the Patch about the Broadway Method Academy! 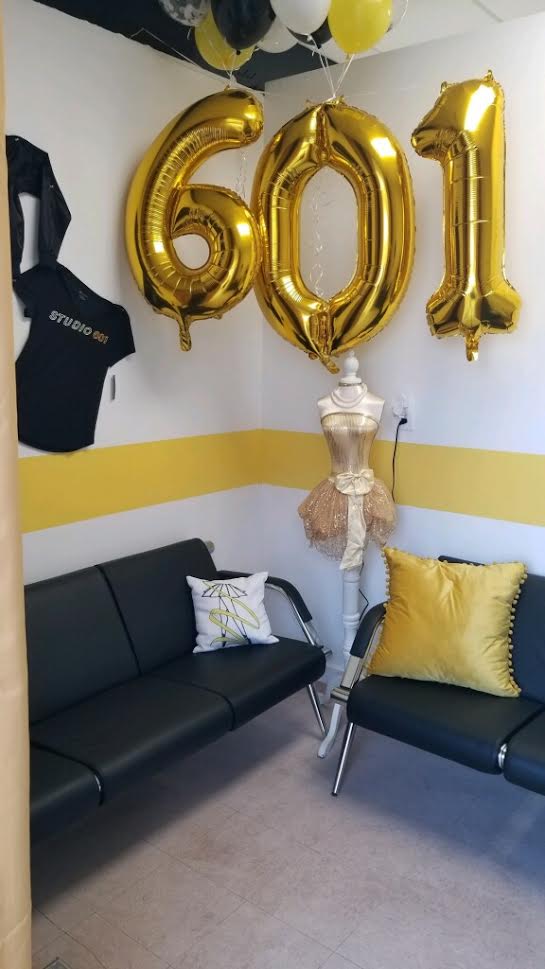 We are thrilled to announce that Studio 601 Dance Academy has opened in Westwood Square in Hattiesburg, MS. 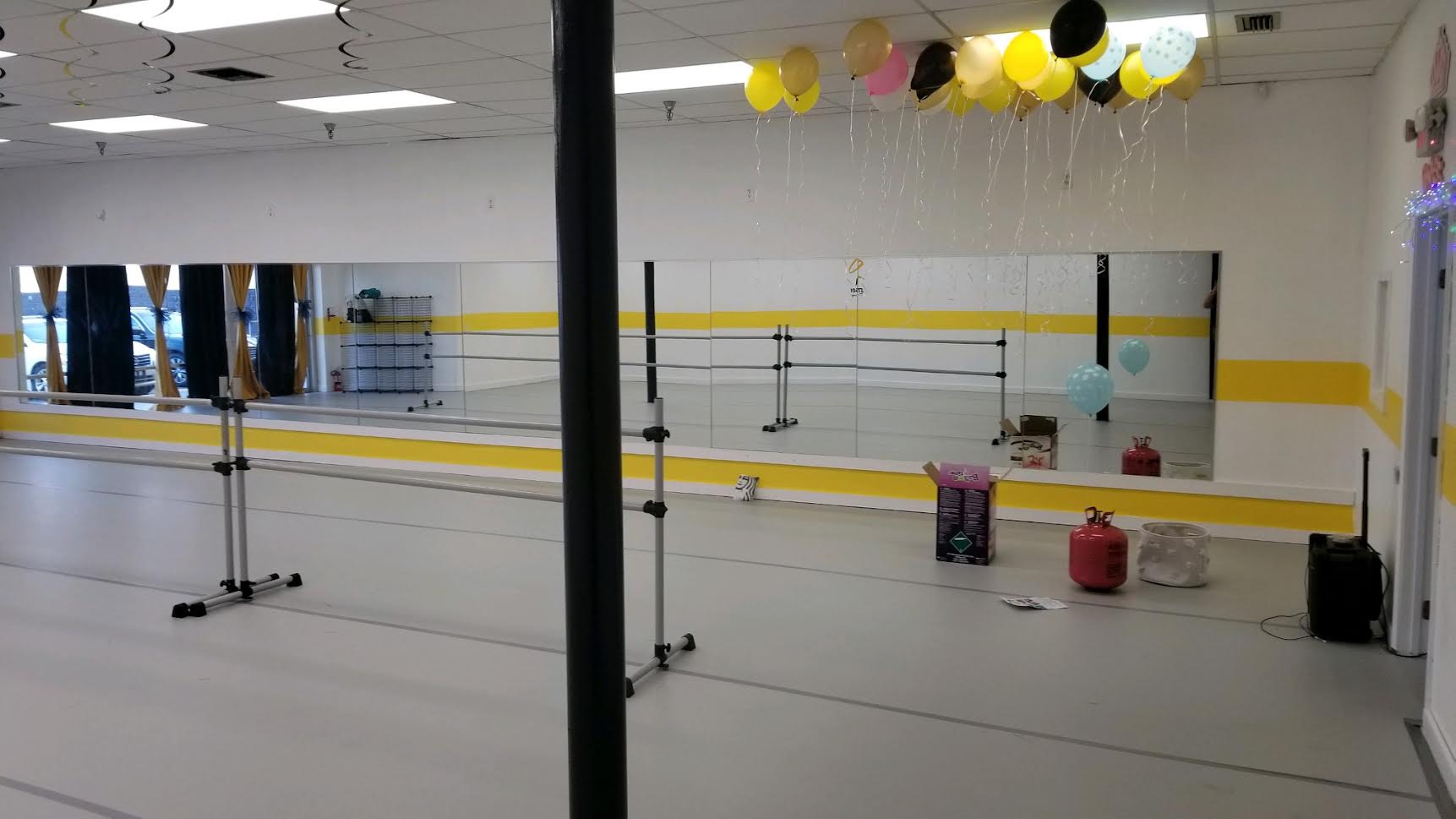 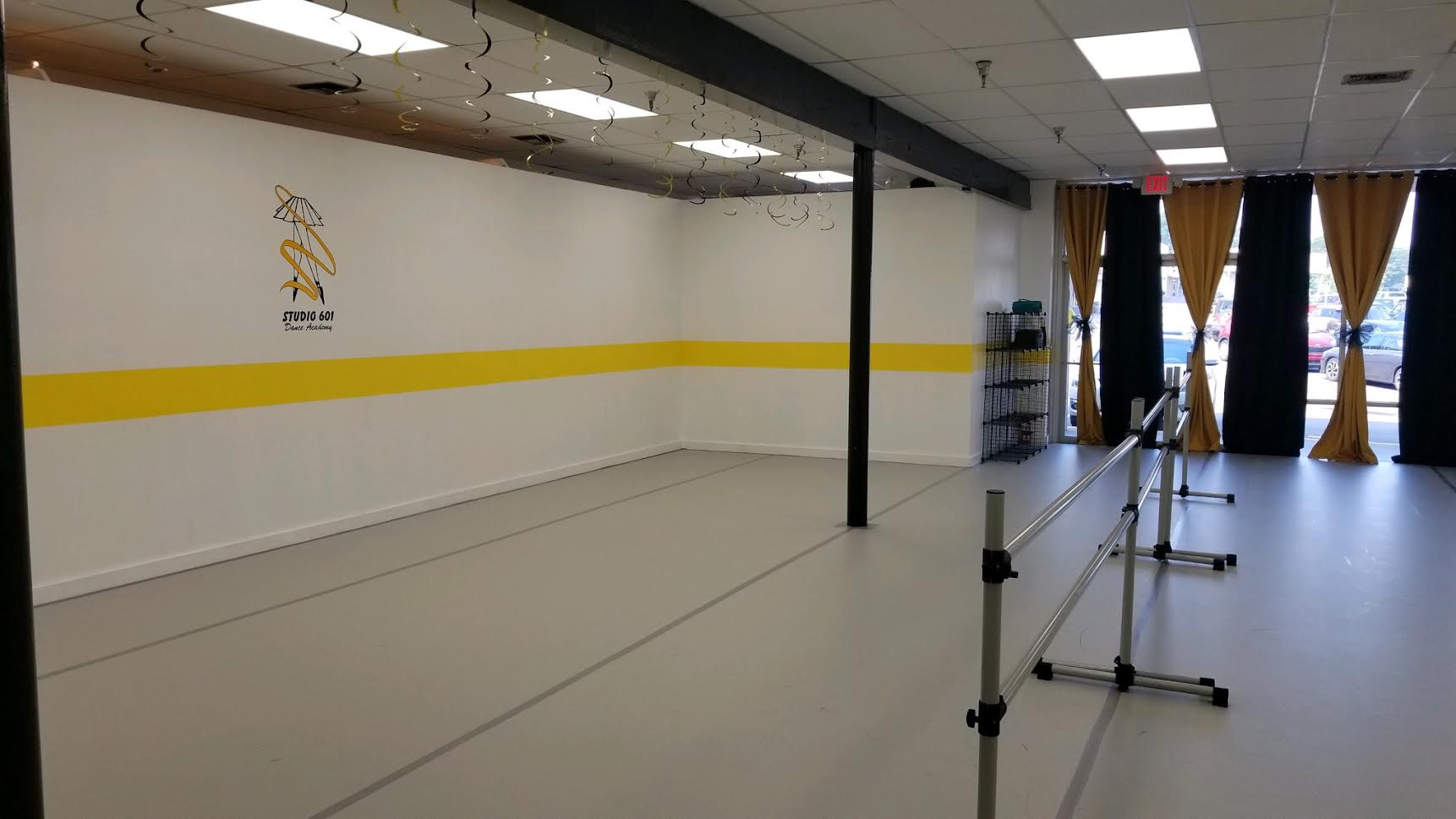 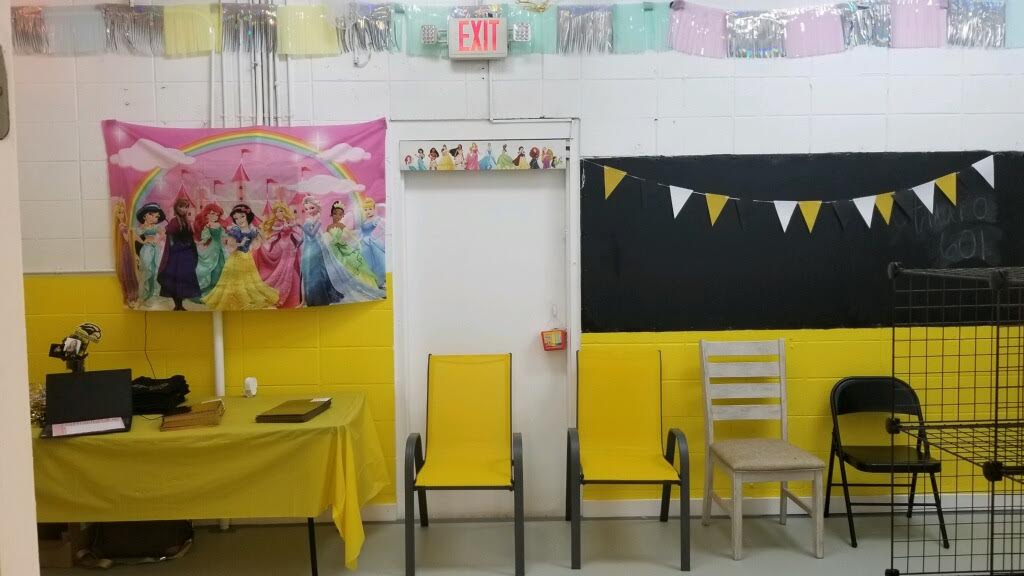 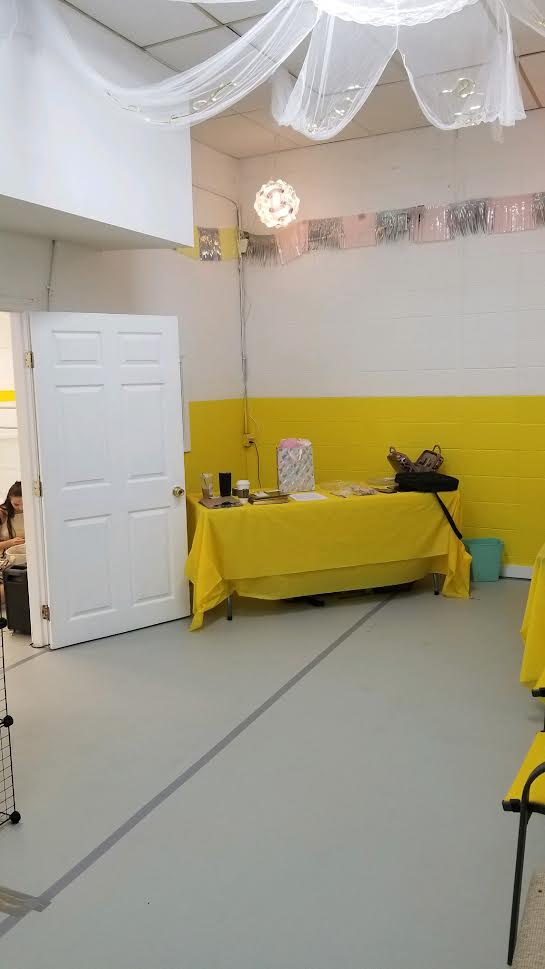 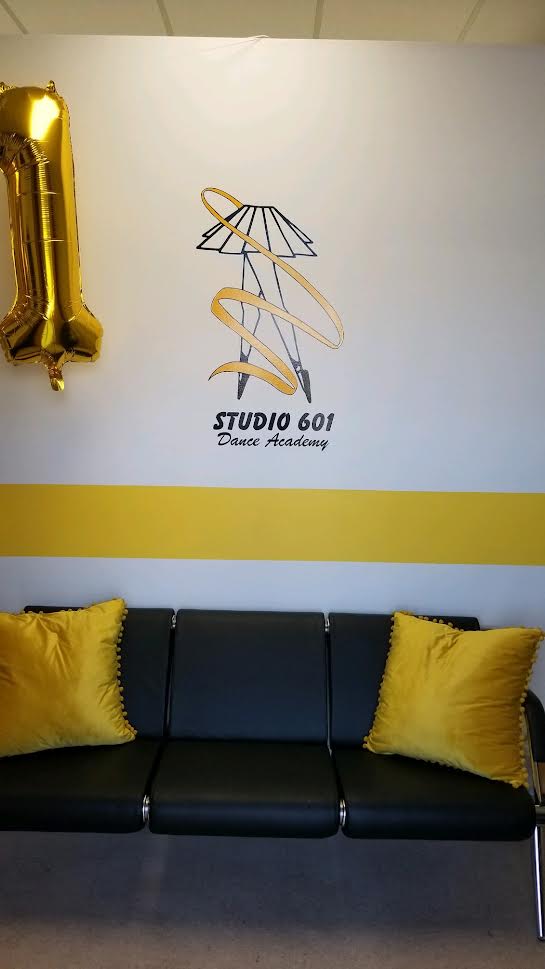 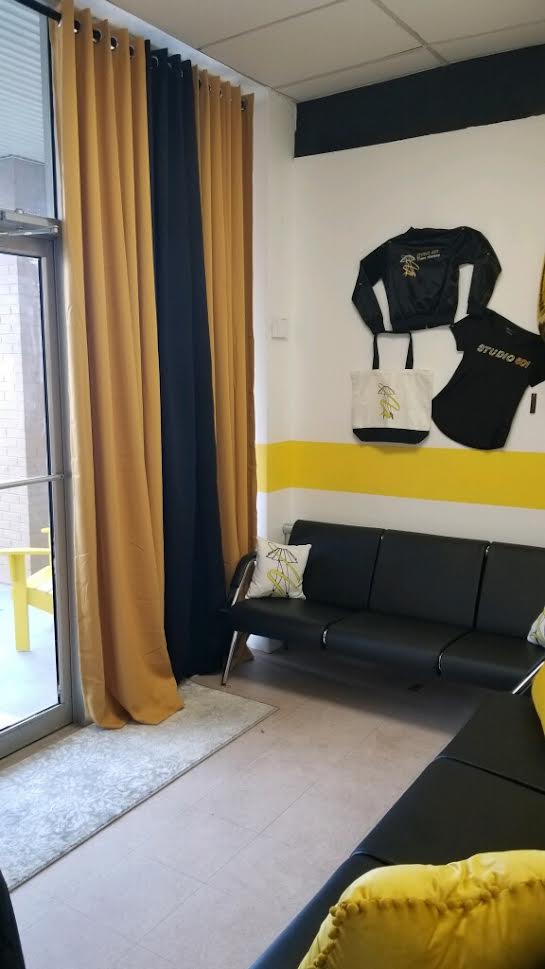 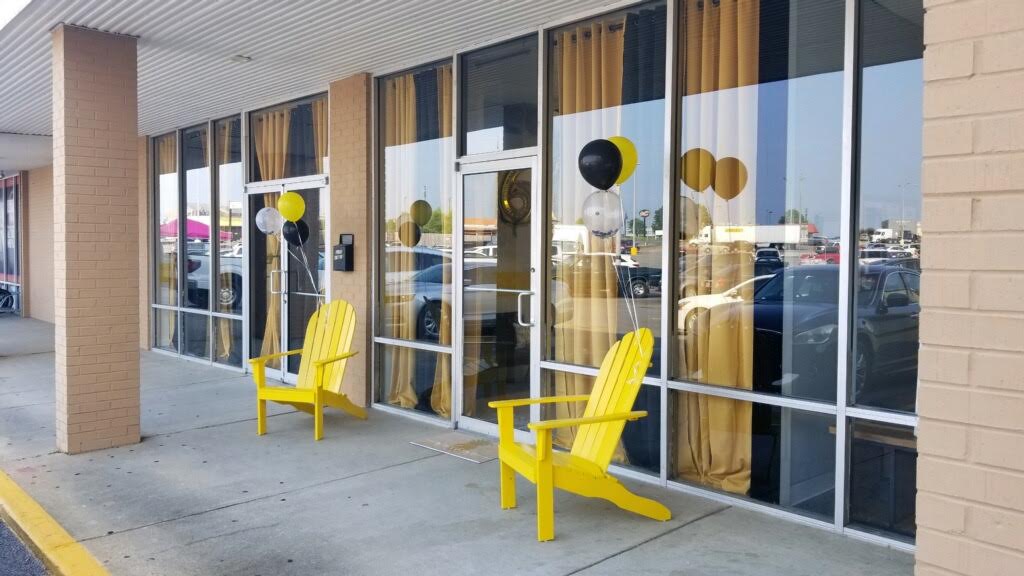 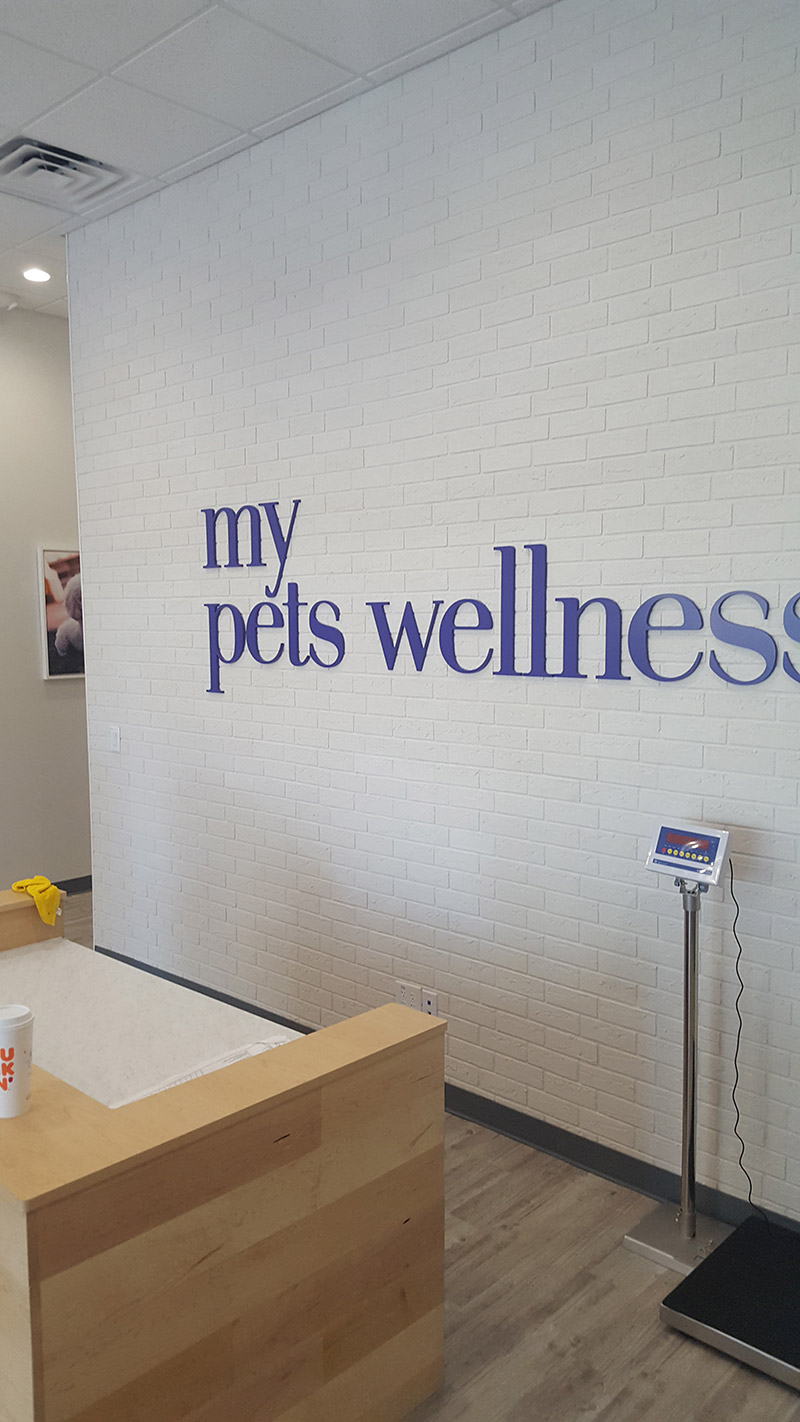 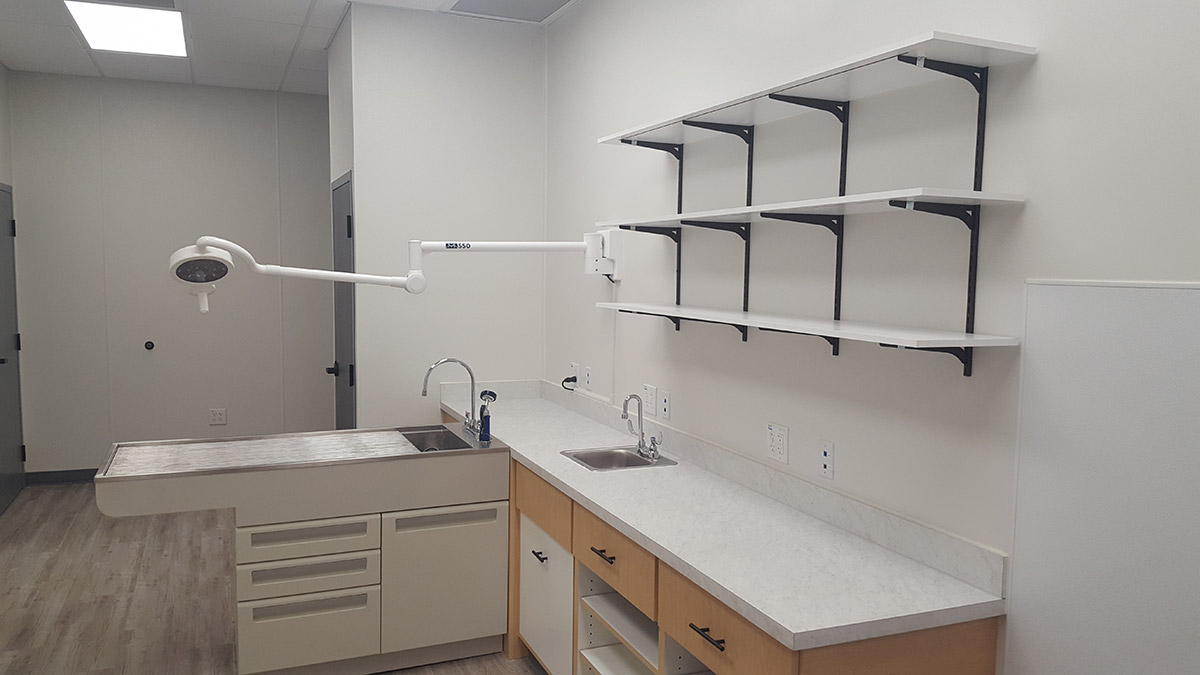 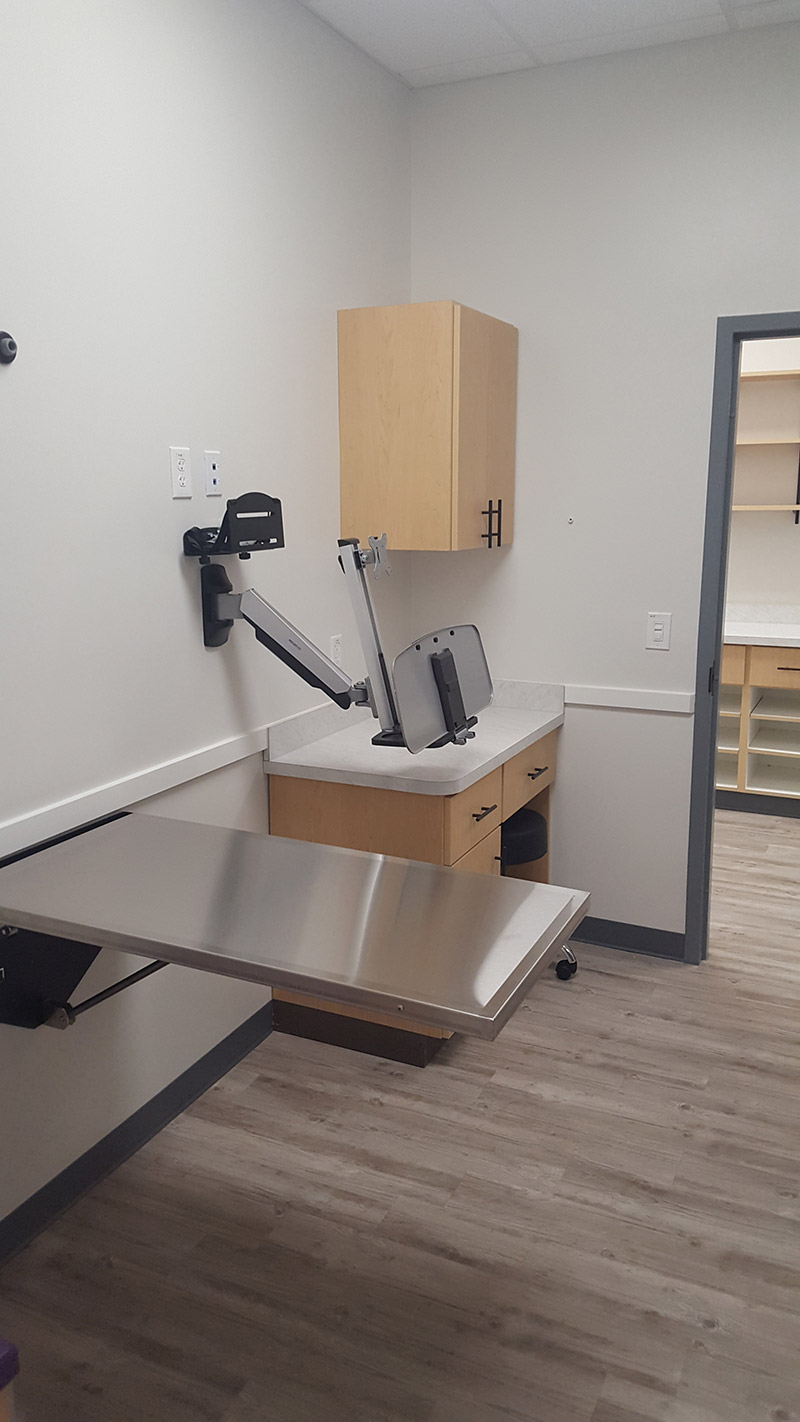 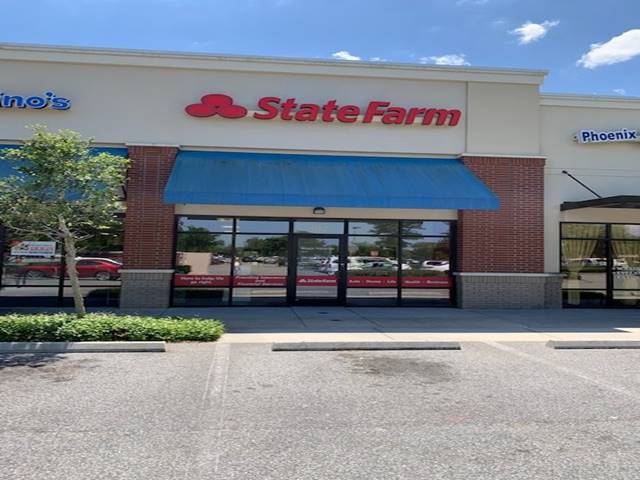 Kleban Properties is thrilled to share some photos of the brand new State Farm in our Altamira Shopping in Port Orange, FL! 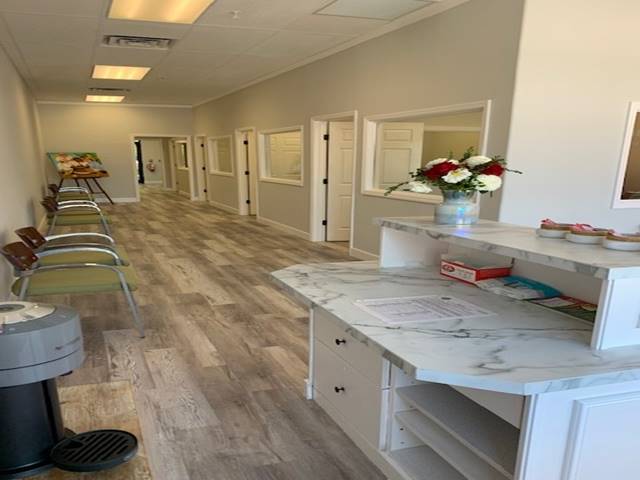 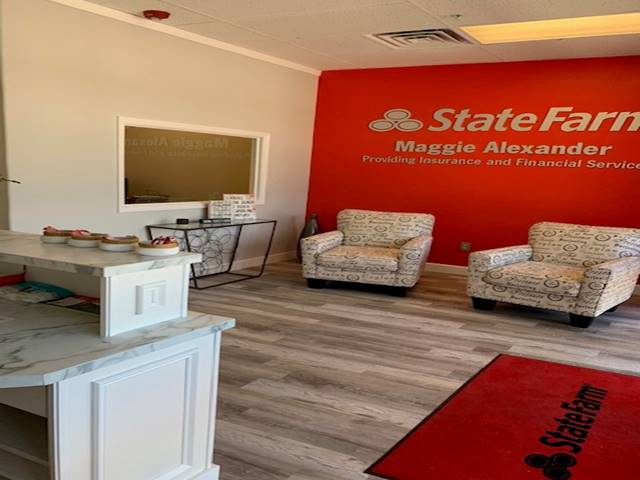 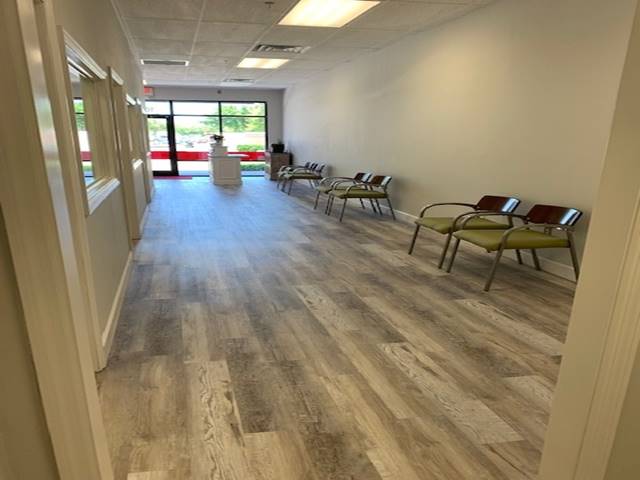 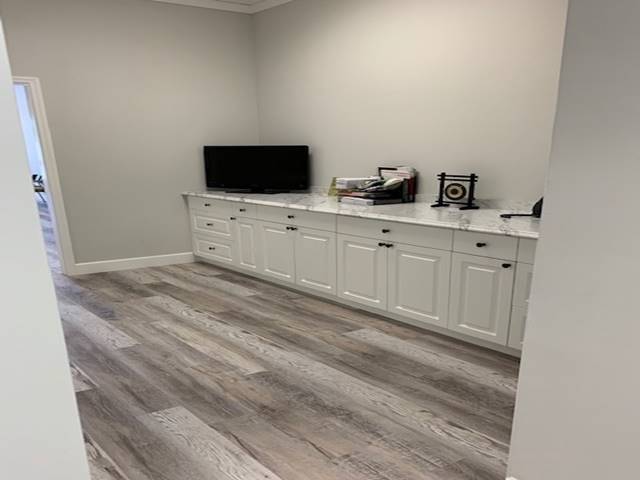 While we are unsure of when we will obtain possession of the space, we are now accepting offers. Please submit all offers in writing by March 1, 2021, including interest in any of the equipment, understanding that we cannot commit as to which FF&E will remain.

Please direct any offers and questions to:

Read about it here!

July 8, 2019, Fairfield, CT: Kleban Properties, LLC recently announced their pending acquisition and renovation of the historic Fairfield Community Theater building which is set to re-open as the “Sacred Heart University Community Theater” in spring of 2020. Al Kleban, no stranger to incorporating college based businesses into the Fairfield community, beginning with the addition of the Fairfield University bookstore into the center of town, believes in the positive local economic impact a university has on its community.

“The presence of a university has a direct effect on a city or town’s retail foot traffic, lifestyle amenities, job creation, tourism dollars, and real estate,” explains Mr. Kleban, “While numerous studies have been conducted throughout the country (and the world) to illustrate this fact, one only need observe the growth and energy of a community that has the benefit of a local university at its core.”

A 2017 study by Connecticut State Colleges and Universities (CSCU), the governing body of the state’s regional universities and community colleges, reported on the 17 institutions which pump more than $11 billion annually into Connecticut’s economy.

Fairfield University’s economic impact on the state was reported as $1,976,022,886 and Sacred Heart University had a $$2,356,703,876 impact on the state. Comparatively, Quinnipiac University had a $3,119,278,347 impact, and Yale University contributed $16,603,211,780, half of the overall CCIC state income.
According to a study by Jonathan Rothwell of the Brookings Institution’s Metropolitan Policy Program, 68% of alumni from two-year colleges and 42% percent of alumni from four-year universities remain in the same area after graduation? Graduates enter the workforce, statistically making more money than those without a degree and promoting long-term economic stability for the city in which they studied.

Henry Bienen, President Emeritus, Northwestern University says it’s important for college towns to be aware of the lifestyle interests of not only educators and students, but of the increased number of visitors as well.
Cultural contributions, music, theater, and athletic programs fill up not only stadiums, but hotels and restaurants, providing tax income and recreational dollars.

The benefits do not stop at economics; they also benefit development and social issues. In an article by Times Higher Education, it is explained that a metro university can often mean stronger city planning and be a benefit to social concerns. Author Clare Melhuish, a senior research associate and co-director at the University College London Urban Laboratory, describes universities as a catalyst for redevelopment and overall improvement of urban areas. She feels that the presence of a large population of students challenges planning norms and patterns as well as the dedication to solve social problems.

Kleban Properties believes in creating a sustainable community and continues to not only recognize the economic, demographic, and sociographic impact its local universities have on their properties, but Kleban Properties addresses this unique phenomenon by bringing in businesses which fill voids and contribute to the overall vitality of the town of Fairfield.

Read About Our Newest Tenant!

Walk the Walk – A Night at the Brick Walk
Neighborhood Restaurants and Retailers Come Together for an Evening of
Dining, Shopping, and Entertainment
Tuesday, May 21, 5-10 PM

May 9, 2019, Fairfield, CT: The address reads 1125-1305 Post Road, but Fairfield County has come to know this charming Fairfield neighborhood of restaurants, shops, and services simply as the “Brick Walk”. Under the management of Kleban Properties LLC, a leader in the commercial real estate sector throughout the country, and with numerous properties in Connecticut, the Brick Walk has established itself as a premier lifestyle destination in downtown Fairfield.

“The Brick Walk community continues to evolve with exciting new restaurants and shops adding to the fabric of Fairfield,” says Bailey Kleban, Manager of Kleban Ventures, “We are excited to see everyone come together to promote themselves and one another for this fun evening of dining, shopping, and entertainment.”

Joining Kleban Properties in the production of Walk the Walk is MaxEx Public Relations, a powerhouse marketing and public relations firm specializing in the hospitality industry. “Collaborative marketing efforts are an effective way to expand an individual business’ reach,” says MaxEx Owner Linda Kavanagh, “A business within the Brick Walk community has the added benefit of consumer traffic and cross-promotion opportunities, while the consumer reaps the rewards of multiple dining/shopping options and convenient parking all within a central and accessible location.”
Walk the Walk will be the first of many Brick Walk events and promotions.
More information: https://www.klebanproperties.com/news

Read about it here

Read about it here!

Read about it on the TownVibe

The sponsor, Kleban Properties, is a family-owned value added real estate developer that owns and operates professional and retail properties in town centers across the state of Connecticut and in several locations on the East Coast. The fourth generation family-owned business owns and operates nearly 1 million square feet of commercial space and has the largest taxable holdings in Fairfield, Connecticut.